“If we’re growing, we’re always going to be out of our comfort zone.”
– John Maxwell 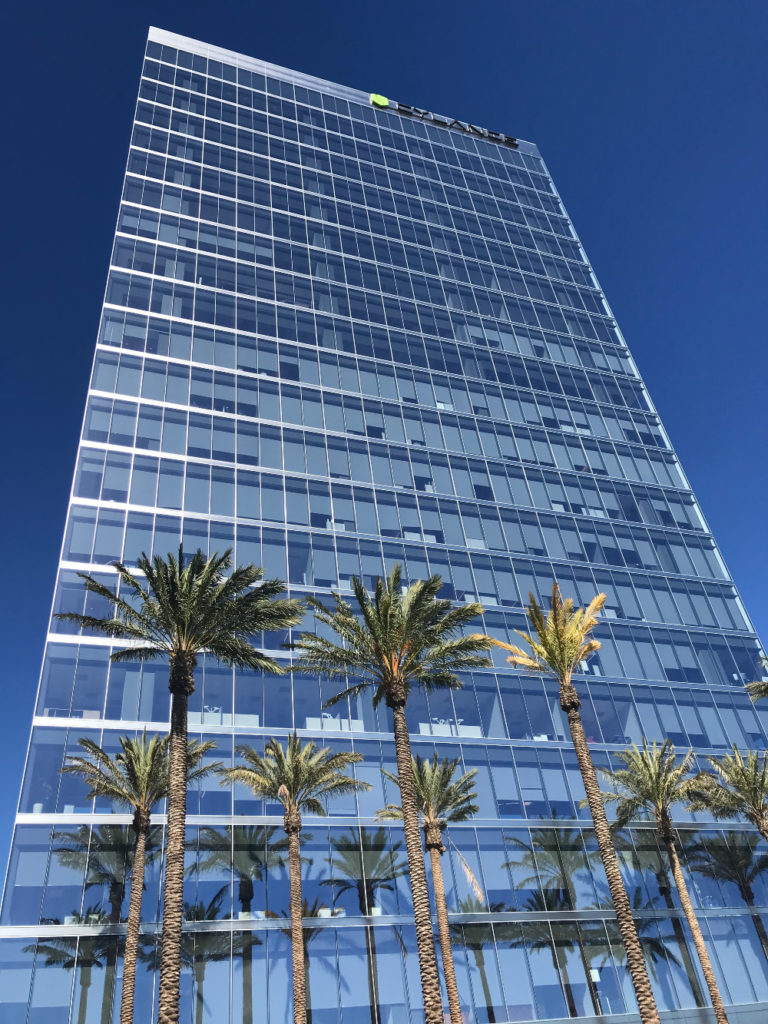 We have a lot to celebrate from the past several months here at Rallio. For starters, we were honored to be included as one of three finalists at the OCTANe High Tech Innovation Awards dinner in September. It was a rigorous process even to get to the finalist position, and our CEO, Chuck Goetschel, did an amazing job of connecting with the judges and pushing Rallio to the top of the list. Although we didn’t come home with a first-place award, we are confident that this award was just the start of what will be many future awards and honors to come!

In addition to the High Tech Innovation Awards nomination, Rallio earned a spot in the inaugural ranking of Top Franchise Suppliers by Entrepreneur magazine! This ranking puts us in an elite position in our space as determined by Entrepreneur, identifying the companies that provide behind-the-scenes support for franchisors and their franchisees.

Through their own independent research, Entrepreneur connected with over 300 franchise brands to identify the best of the best in each of seven different categories. Rallio landed in the Marketing category as a top supplier of social media marketing and reputation management services among other companies that provide all types of marketing support. Only three of those companies are specific to social media, including Rallio. As a side note, the top non-social media company listed of the 15 marketing-related companies is one of our resellers!

“At Entrepreneur, we’ve spent 40-plus years covering franchising, but we’ve rarely shined the spotlight on the service providers — ‘suppliers,’ as the franchise world usually refers to them — who contribute to the success of so many franchisors and franchisees. Now it’s time to change that,” writes contributing author Tracey Stapp Herold in the September issue of Entrepreneur.

“The Rallio team is honored to be recognized as one of the most trusted marketing partners in the world for franchise organizations,” says Ryan Hicks, Certified Franchise Executive and Vice President of Business Development at Rallio. “Our team has a tremendous passion for and understanding of the franchise business model. We focus relentlessly on developing cutting-edge social technology for the modern franchise. But we package it in a way that helps franchisors rally even the most ‘technology-challenged’ franchisees.”

The Dev team has been hard at work developing and deploying new features to enhance both our Rallio and Revv users’ experience using the apps. If you’re not familiar with Revv, we developed this app to allow our clients to easily send customer surveys to get feedback about an experience with their business. One of the most significant efforts was the deployment of Revv 2.0 on Oct. 29 with new mobile-friendly features that allow for greater ease in sending surveys, plus more robust analytics and data downloads. This new and improved version of Revv is the result of enormous efforts over the past several months, and the Dev team should be proud of their work! Kudos! 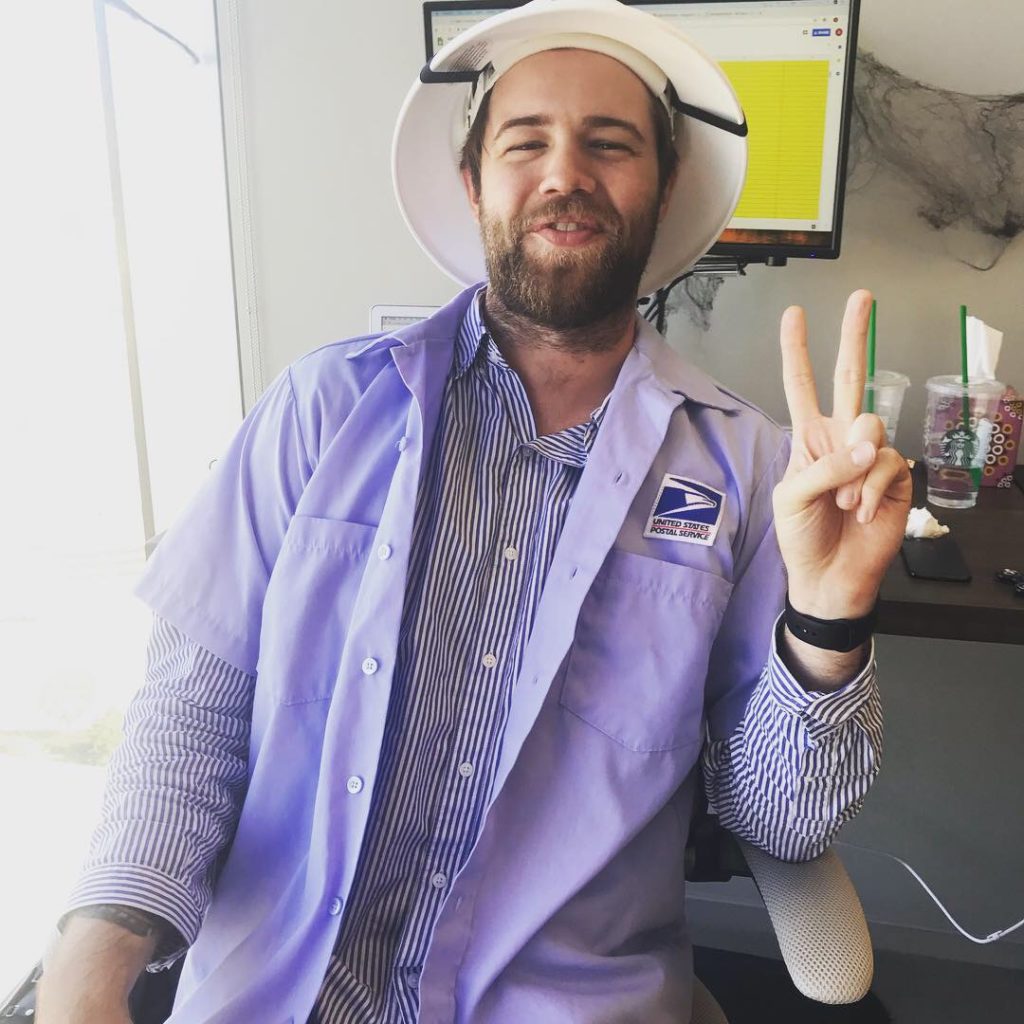 Call him the Water Champ, call him leader of the Hydration Nation, call him the H2Ultimate fighter, or call him current reigning holder of the AquaBelt. Just don’t call him ordinary, because he’s anything but. In this, our inaugural Team Member Spotlight, we’re introducing you to Anton Emmerton, who creates content for Pet Supplies Plus as part of our Rallio Local division, which works with many different brands in different industries. Oh, he’s also great at reminding everyone to stay super hydrated!

Anton stepped seamlessly into his role in August 2018 and hit the ground running, working alongside Grace Emmerton, Director of Rallio Local (who happens to be his sister!), to manage the successful implementation of a pilot with 56 PSP corporate-owned locations. By working closely with store locations, creating awesome content and always maintaining a friendly, helpful attitude, Anton helped to secure the support and buy-in of the entire PSP brand.

Before coming to Rallio, Anton managed the ecommerce and shipping/receiving departments for a company that specializes in creating merchandise for bands. In his new role, Anton enjoys the camaraderie among his team members and the challenge of ensuring location owners’ success.

“The best part of my job now is the team,” he says. “I feel that we do everything as a group effort and that no one is left behind. I am greeted every day with a smile and positive attitude, which is more than I could ask for!”

Anton is a pleasure to have in the office and an integral part of Rallio Local. Congrats to Anton for making such a huge impact in such a short period of time!

Welcome to our newest team members! 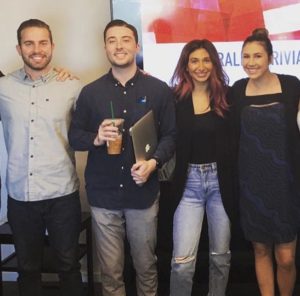 High-fives all around to our new hires, from left: Giuseppe, Joe, Sabrina and Amy! As part of our Rallio Local division, they each have an assigned brand for which they provide social media content, inbox and review monitoring, advertising support and strategic services.

By working closely with individual location owners, they’re able to ensure they’re getting the most of out Rallio and continually growing their engagement, traffic and sales. Watch for future spotlights dedicated to these four!