In a recent post, we discussed how getting a negative online review can really wreck your day — if you let it. The same can be said of people who troll your page, i.e., go out of their way to be confrontational in their comments or direct messages. These so-called internet trolls hide behind their keyboards and spew out nonsense, unkind words or other atrocities.

Internet trolls leave comments for no other reason than to get a reaction out of the person reading the comments.

In this case, let’s assume it’s you reading those comments. So how do you respond when internet trolls make an appearance on your page?

To answer that question, we’ll take the same approach we did in 3 Tips for Responding to Your Online Reviews: The Good, the Bad and the Ugly. You’ll see a hypothetical internet troll comment, followed by a suggested “good response,” along with possible “bad” or “ugly” responses.

The key point to keep in mind? Never feed the internet trolls. That’s the tip from Roscoe in our Social Spots video below on this topic. Now let’s dive in a little deeper to help you craft a good response should any trolls decide to crash the party on your social media pages.

Your Candles Are Trash

Imagine you’re a candle retailer who just posted a photo on your social media page featuring a new giveaway. Let’s say it’s a vanilla and lavender scented candle, and you’re offering a free candle to a random winner for those who like, share and tag friends in the comments.

Your followers are super excited about it because your candles are highly coveted. They’re busy trying to win that candle … and along comes an internet troll.

“Those candles are garbage,” spews the troll. “You wouldn’t catch me burning that anywhere near my home.”

Good response: “It’s unfortunate you feel that way. We consistently sell out of this candle, so I would imagine many of our happy customers would disagree with you. To each their own!”

This response is professional and courteous, while still calling attention to the fact that many other people disagree with the troll. Anyone reading this interaction (who isn’t an internet troll themselves) would most likely side with you. You’ll probably even get people chiming in about how much they love your candles. Thanks, troll, for building engagement on that post!

Bad response: “You have no idea what you’re talking about. You probably buy your candles at the local convenience store!”

This one is just asking for the internet troll to re-engage.

Get ready for an all-out war, troll-style. You’d best check under the bridge before crossing it on your way home tonight. 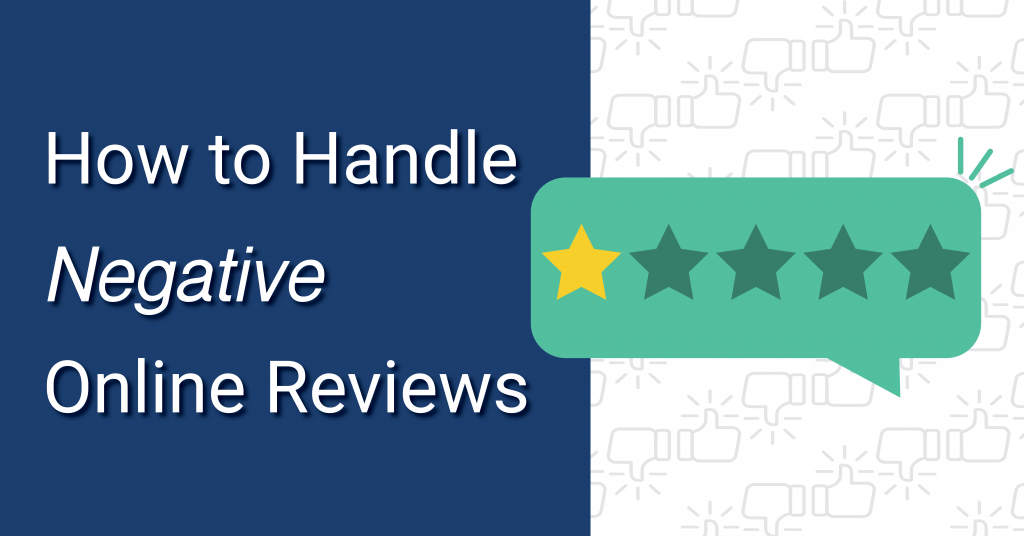 Who Can Eat Cake When the Glaciers Are Melting?

Let’s say you snapped a few photos of a birthday celebration at work and posted them on your page. Everyone is all smiles, and your followers love seeing these real-life snapshots of the people behind your business. And then an internet troll decides to crash the party.

“You’re celebrating a birthday while climate change is melting our glaciers? Have fun explaining that to your grandchildren.”

Good response: “We love celebrating the special days in our team members’ lives and letting our followers know about momentous occasions. It’s possible to celebrate while still taking serious matters like climate change seriously, which is why we donate to [XYZ environmental group], limit our carbon footprint, and allow our team members time off to volunteer for causes they care about.”

This could be any kind of social issue, but the point is that you can use this exchange as an opportunity to highlight the different ways you give back and make a difference. (And if you don’t already do those things, you can think about ways to implement such measures.)

Bad response: “What does a birthday have to do with climate change? Give me a break.”

You’re opening yourself up to further attacks here. Nitpickers will point out the plastic forks accompanying your birthday cake.

Ugly response: “Who cares about the planet when there’s birthday cake to be eaten?!”

You’ll soon have environmental groups knocking at your door!

Your Tie Is Terrible

The internet troll returns. “lol how about you watch this video about how to tie a tie. Obviously you have no clue how to do it.”

Good response: “Wow, thanks for the tip! I hadn’t realized my tie was a little crooked. Good thing I’m in the candle-making business and not the tie-tying business!”

Most people aren’t going to care about a crooked tie, and this easy-going response calls attention back to the matter at hand: DIY candle kits!

Bad response: “I would watch your video, but I’m too busy selling candle kits to worry about my tie.”

OK, honestly, this is arguably kind of a funny response. However, you’re only inviting more back-and-forth with the troll. Better to end it quickly and move on.

Ugly response: “What does my tie have to do with a candle-making kit? Get a life.”

If it’s not already clear, the internet troll has no life. The internet troll’s entire existence revolves around making your life — and the life of countless other unassuming page owners — as difficult as possible.

Related: Chat With a Strategist: Phoebe

If and when you have to deal with internet trolls, the best course of action is to avoid stooping to their level, and put an end to the conversation as quickly as possible. The more you try to argue, explain a point or express frustration, the more delighted the troll becomes.

A few other helpful hints:

If you lack the time to deal with internet trolls, consider letting Rallio do some of the heavy lifting for you. Our dashboard pulls all of your comments, messages and reviews into one central inbox so you can easily see and respond to them all. We also have Social Strategists who can do the responding for you through our technology, if you would rather let the experts deal with your trolls.

Head over to rallio.com to see how it works and request a demo. We promise not to invite any internet trolls to the meeting.